Few countries of Panama's size (it's smaller than South Carolina) can pack such a diversity of landscapes and travel experiences. Panama’s rugged interior of jungle and volcanic terrain slopes down to sandy beaches, with deserted islands dotting both the Caribbean and Pacific coasts. Between Panama's natural wonders, underwater adventures, cultural sites, and buzzing capital, there’s plenty to fill a lengthy travel itinerary. What’s more, American-based travelers can fly to Panama in about 3 hours from Miami—and you won't need a visa. Read on to learn more what makes Panama such an exceptional destination, including where to go and what to do in Central America's new tropical playground.

While Panama is rapidly trending among travelers, those who’d prefer the beaten path should check out our Costa Rica travel tips here.

There are Thousands of Islands to Explore in Panama 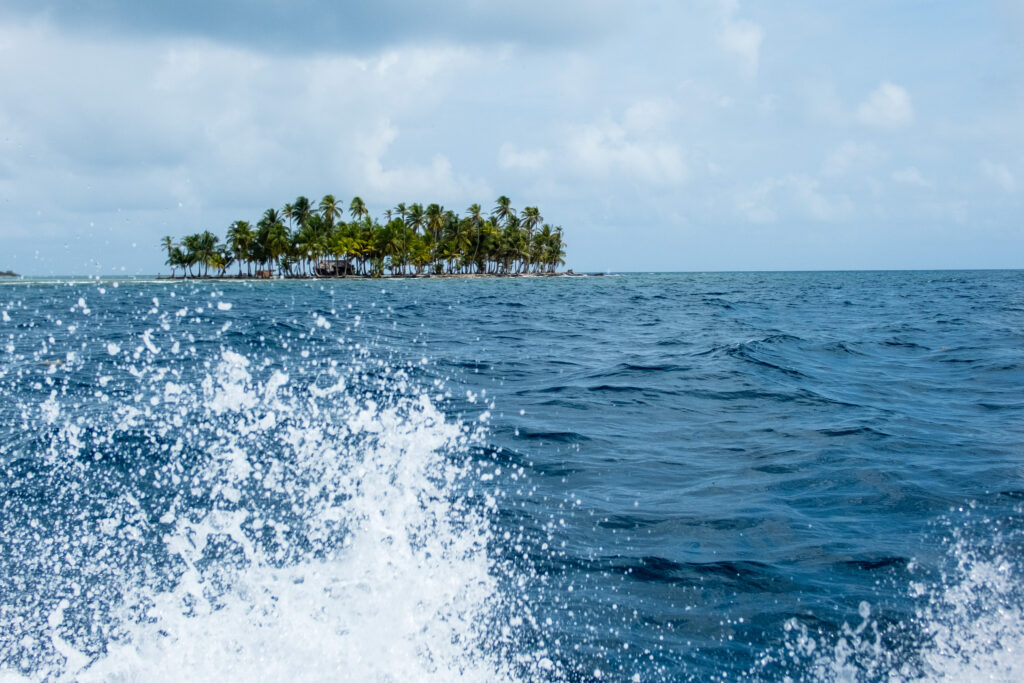 Panama’s Caribbean coast is gifted with calm azure sea and loads of tiny islands and islets. To the west, Bocas del Toro comprise Panama’s most popular islands and isolated beaches, hiking opportunities, and snorkeling and diving at Isla Bastimentos National Marine Park. Hiring a wooden motorboat to island hop is the recommended way to take in the archipelago’s mangrove forests, stunning beaches, and hidden coves. Further east, the lesser-known San Blas islands reside just off the coast. Although the archipelago is part of Panama, the indigenous Kuna tribe has maintained self-governing rights. Around 50 of the archipelago’s nearly 400 islands are inhabited, so it’s not hard to find your own private beach—or an entire island for that matter.

Across the country, the Pacific coast is home to hundreds of islands too, including Panama’s biggest islands. Coiba Island is the largest in Central America. The island’s forested interior is home to unique subspecies of howler monkeys, birds, and agouti—a rodent resembling an elongated guinea pig. The island ecosystem also possesses endemic flora and thriving coral reefs, which are protected as a UNESCO site. In the Gulf of Panama, the Pearl Islands are another largely undeveloped archipelago ripe for adventurists and island hoppers. A bounty of isolated coves and white-sand beaches await, especially on the largest of the archipelago, Isla del Rey.

The Food in Panama Is Flavorful and Diverse 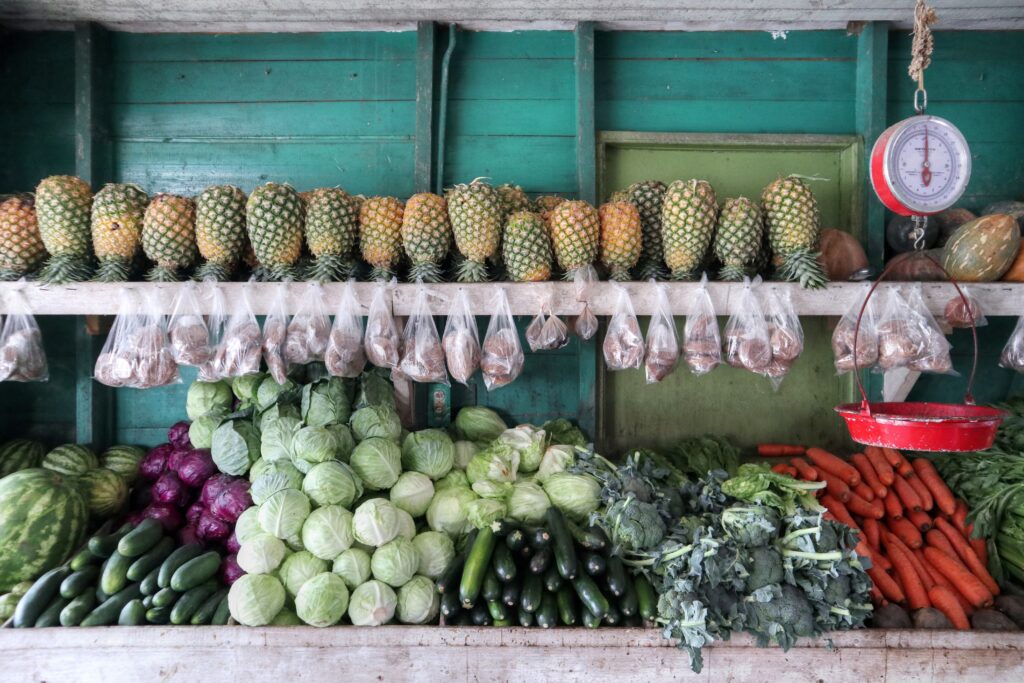 You’ll be hard-pressed to find many Panamanian restaurants outside of Panama. That’s what makes Panama’s cuisine all the more exciting. A visit isn’t complete without sampling a bowl of sanocho, a chicken-based stew that incorporates a combination of corn, yam, plantains, and various herbs and spices depending on the region. Often, sanocho is served with a side of rice, but crunchy patacones (mashed and fried plantains) also offer a delicious pairing. Given Panama’s lengthy coastline, it’s no surprise that seafood is a staple. Whether chopped up into zesty ceviche or grilled with a side of rice and plantains, expect some of the freshest catch around. An abundance of tropical fruits are on offer, including papaya, pineapple, coconuts, and rambutans. Drink ’em juiced or eat ’em whole. 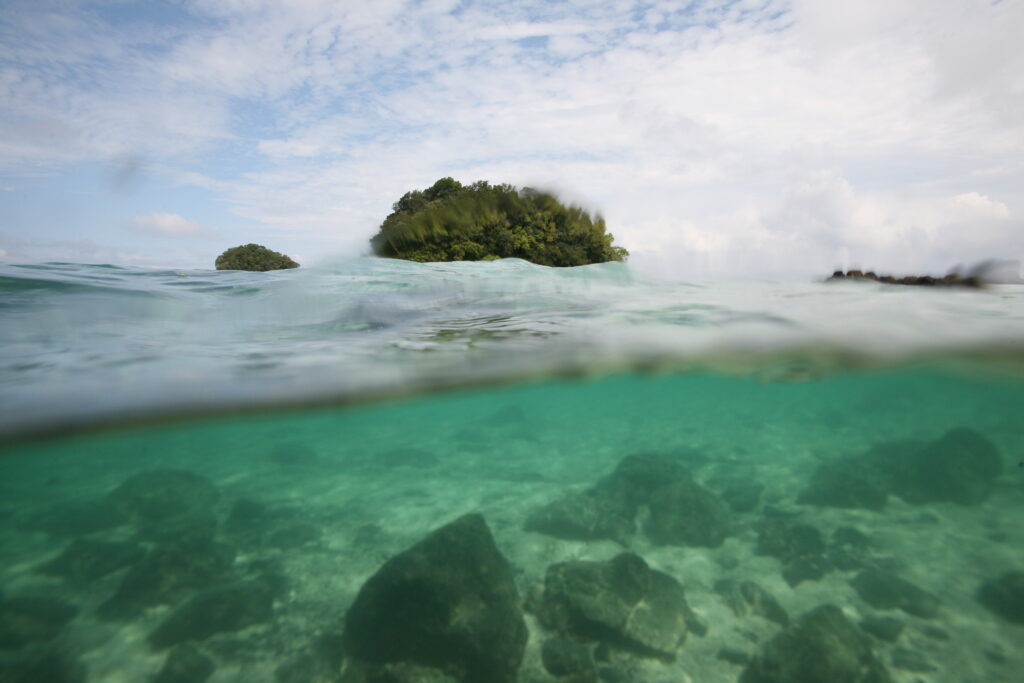 Whether you base yourself on Panama’s Caribbean or Pacific coast, you’ll have access to vibrant reefs and remarkable shipwrecks to explore. The aforementioned Bocas Del Toro islands are one of the premier diving destinations in the country. Beginners should check out the shallow reefs at Hospital Point, while more advanced divers can descend to depths of 100 feet to spot grouper, snapper, and a variety of reef fish at Manuel’s Wall. More pristine reefs await off the coast from Portobelo National Park’s mangrove forest on Panama’s Caribbean side. On the Pacific side, highlights include swimming with whale sharks in Coiba National Park or spotting humpback whales off the Pearl Islands. A one-of-a-kind diving experience awaits in Panama’s interior at Gatun Lake. The massive artificial lake was created by damming the Chagres River as part of the Panama Canal’s construction. Divers can explore the abandoned towns and equipment that were left behind, including an entire train.

Panama Is a Trekking Paradise 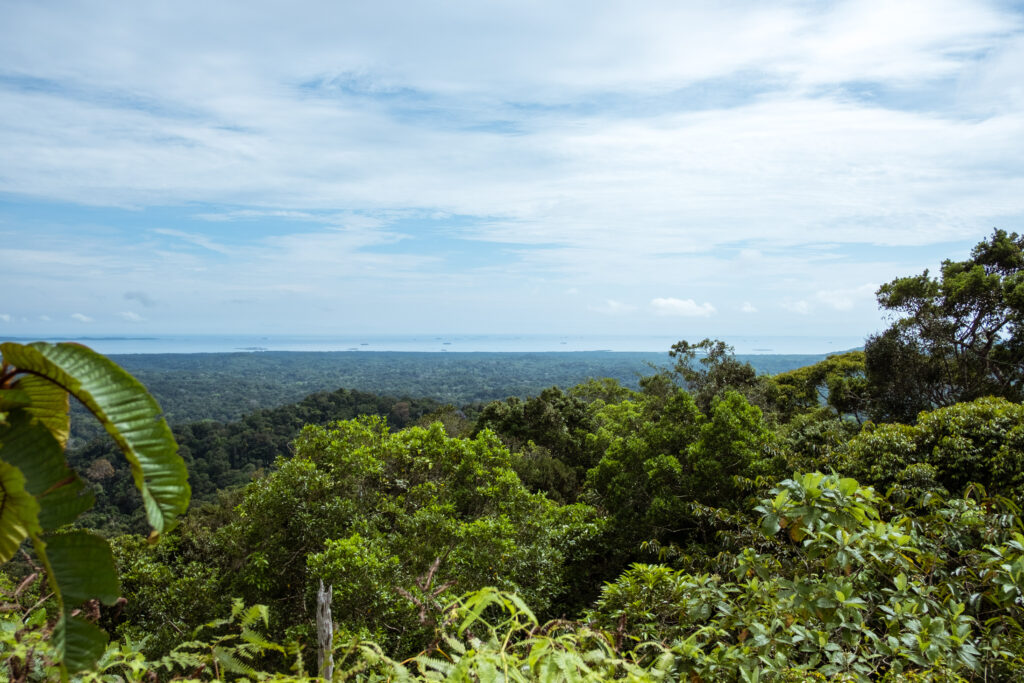 Planning on hiking in Panama? Check out our top picks for hiking gear:

For info on these editor-selected items, click to visit the seller’s site. Things you buy may earn us a commission.

Panama Is Home to a Seemingly Endless Supply of Unspoiled Beaches 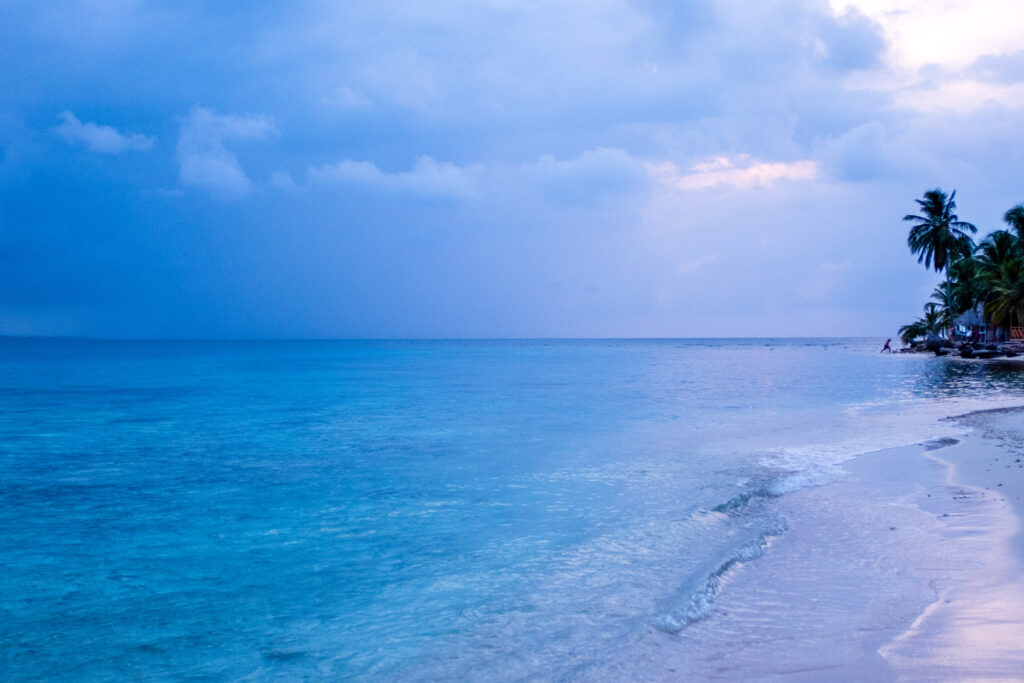 Between the water-filled mainland and thousands of islands, Panama is gifted with some of Central America’s finest stretches of sand. Choosing the most picturesque beaches in Panama is certainly challenging. The golden-sand beaches on Cayos Zapatillas are certainly contenders. It’s not uncommon to spot sea turtles in the tranquil, turquoise water just offshore these sister islands. Virtually all of the San Blas islands also tout idyllic beaches. Tiny Isla Perro is worth seeking out for its powdery sand and snorkel excursion out to a gunboat shipwreck. On the other end of the spectrum, Chichimei’s white-sand beach provides more seclusion. Surfers should check out the remote Santa Catalina Beach (on the central Pacific shore) for its untouched beauty and dependable waves. 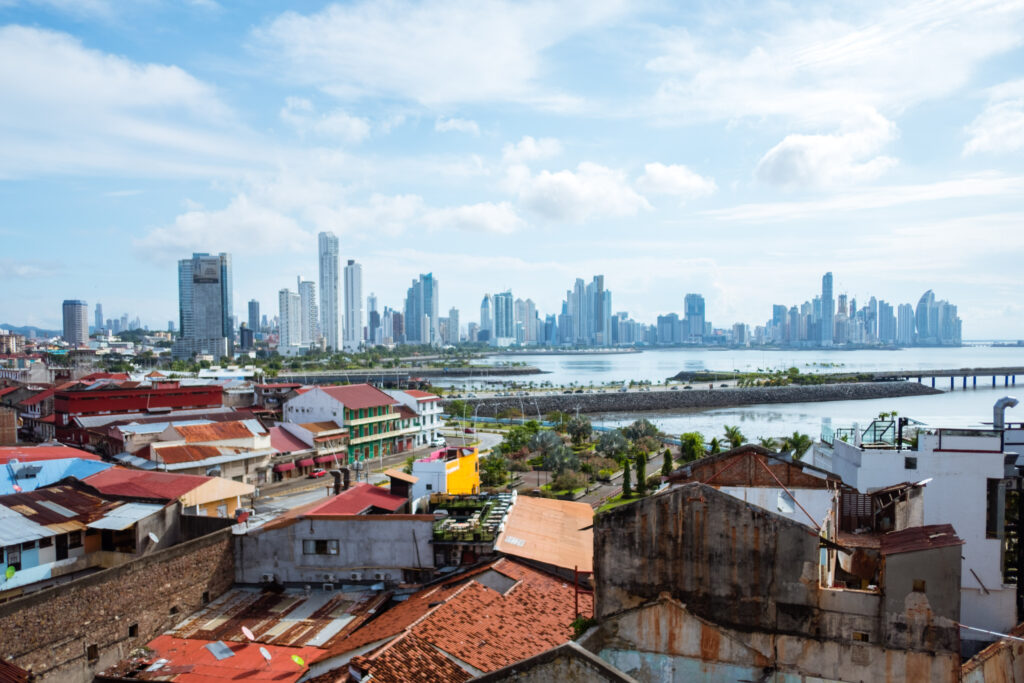 Panama City’s soaring skyscrapers, overall safety, and vibrant restaurant and bar scene will likely surprise travelers who avoid other Central American capitals. Of course, the Panama Canal is one of the biggest draws and it merits a visit to see its locks and engineering ingenuity in action. Additionally, the city has a reputable selection of museums to fill a day or two. Frank Gehry’s Biomuseo is worth a stop for its exhibits on biodiversity and adjoining garden—not to mention its peculiarly colorful geometric design. Meanwhile, the Museum of Contemporary Art, known as M.A.C., houses work by Panama’s leading modern artists. The waterfront ruins of Panama Viejo, which date back to 1519, provide a glimpse into Panama City before the advent of glitzy high-rises and stylish boutiques. Strolling the cobblestone lanes in the Casco Viejo neighborhood bids more historical insight. The neighborhood has retained much of its Spanish colonial and Art Nouveau architecture, including the splendid National Theatre. Aside from its cosmopolitan allure, Panama City’s Metropolitan Natural Park has numerous waking trails that quickly transport hikers from the urban bustle to a jungle ecosystem home to monkeys and plentiful bird species.

You Can Drink Coffee Right Where its Grown in Panama 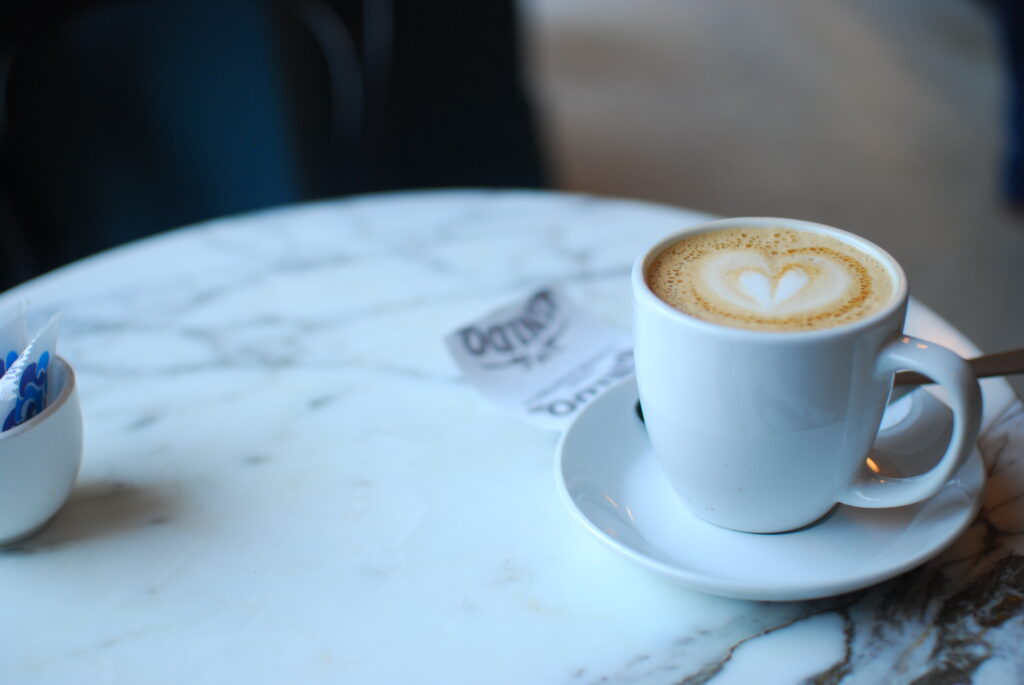 Some of the world’s best coffee beans are grown in the highlands of Boquete in western Panama. Several coffee plantations offer tours and tastings, including Don Pachi Estate, Finca La Valentina, and Finca dos Jefes amongst others. Most tours involve a guided walk around the scenic grounds, a coffee tasting, and other hands-on activities. Boquete’s renowned coffee beans can be sampled at cafes across Panama City as well. Check out Bajareque Coffee House, whose owners source their beans from their family-run farm in Boquete.

You Can Golf Year-Round in Panama 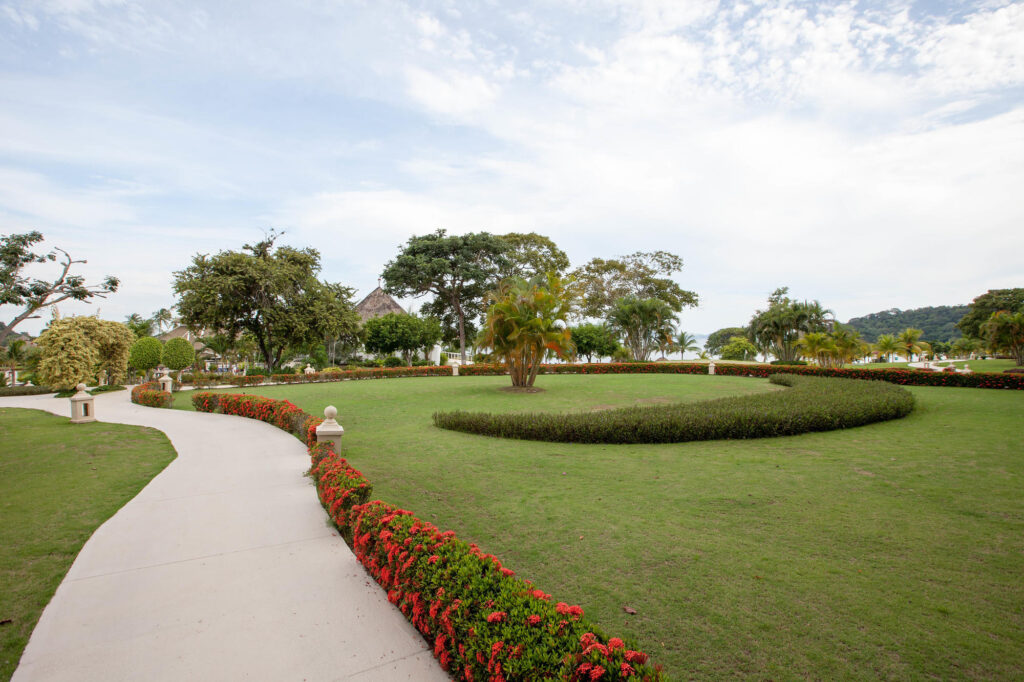 Panama’s tropical climate has made it increasingly popular with golfers. Both the Dreams Playa Bonita Panama and Summit Rainforest & Golf Resort offer reputable 18-hole golf courses within 30 minutes of downtown Panama City. Each of the properties has multiple pools and walking trails into the surrounding rain forest. For the most favorable weather, plan your golf visit during Panama’s dry season, which runs from January through April.

Panama Is Less Crowded and Cheaper than Costa Rica 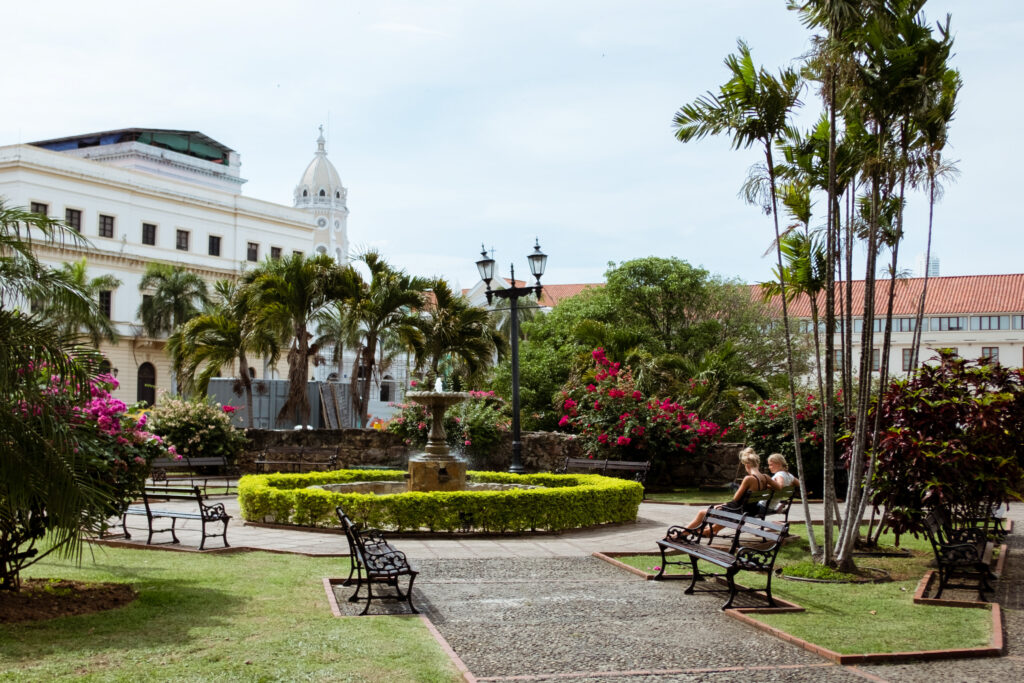 Costa Rica and Panama are neighboring Central American countries that are roughly the same size and include comparable natural attractions: gushing waterfalls, gorgeous beaches, and rich biodiversity. However, Costa Rica is a firmly established retreat for tourists and expats alike, demonstrated by nearly three million foreign visitors in 2017. Meanwhile, Panama received 1.8 million visitors—many of which don’t stray far from Panama City and the Panama Canal. Not only does this mean you won’t have to vie for space on Panama’s scenic treks and secluded beaches, but prices are considerably lower, especially for hotels. 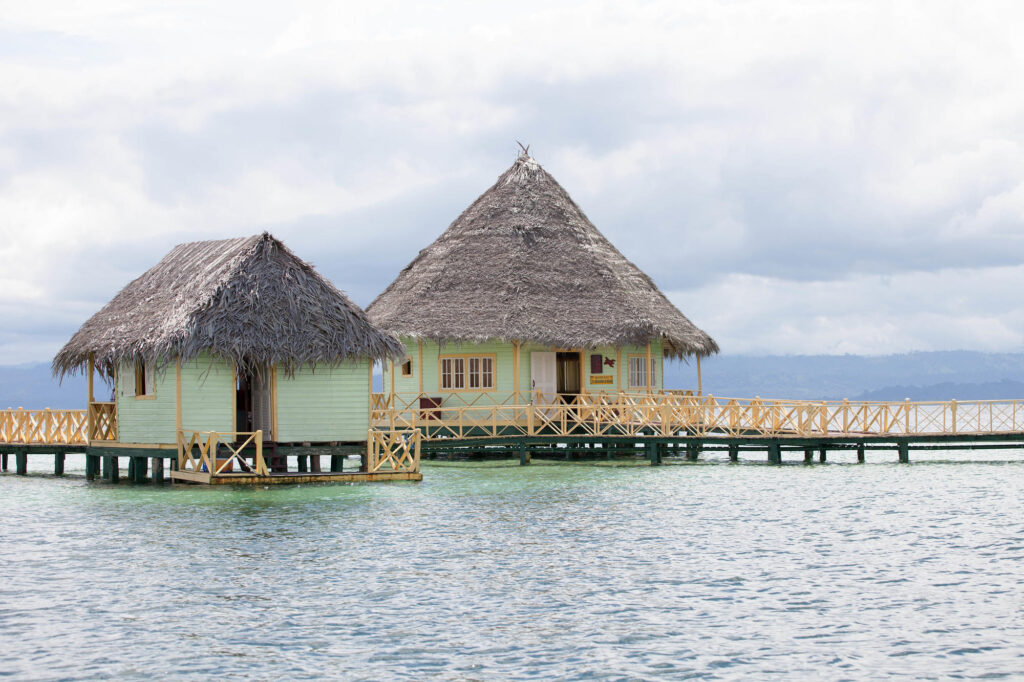 The Punta Caracol Acqua Lodge is nine two-story cabanas built on stilts above the sparkling waters of the Caribbean Sea. This is an eco-chic experience that feels very Panama. Wake up, and jump straight in the Caribbean before enjoying breakfast and a three-course dinner (included in the rate). It’s located a 30-minute boat ride from Almirante, so the lodge is a truly remote, peaceful retreat for travelers who want quality time with a book and snorkel gear.