In Granada, you and your partner can have the unique experience of staying inside La Alhambra, a UNESCO World Heritage Site. Or you could stay in a 16th-century home in the historic Albaicin neighborhood, or in a restored 17th-century palace in the center of the city. Your room could overlook a 14th-century Moorish courtyard or a panoramic stretch of Granada’s rooftops, the surrounding countryside, and the Sierra Nevada mountains beyond. What we’re getting at is that, in Granada, there are romantic hotel options in around every cobblestoned corner. These 13 are the best of the best. First built in the 15th century as a grand Nasrid palace for a Moorish prince, the Parador de Granada is now an upscale hotel offering the unique experience of staying inside La Alhambra, a UNESCO World Heritage Site. Some of the common spaces feature antiques and traces of the building’s grand past, but the traditional Nasrid-style latticework shutters are some of the only details that allude to the hotel’s history in the 40 rooms, which are largely contemporary and understated, with modern amenities like flat-screen TVs, stocked minibars, electric kettles with free coffee and tea, and free Wi-Fi. Most have either striking views of the Generalife (La Alhambra’s beautiful 13th-century royal palace), or of the serene grounds -- but a couple of the rooms have limited views. Hotel highlights include an on-site restaurant serving traditional local cuisine with a view, lovely grounds dotted with stone gurgling fountains, and a striking 15th-century chapel. Just note that there is no fitness center on-site, and that the city center is a 15-minute walk down a steep path. The Hospes Palacio de los Patos is a spectacular mix of a beautifully restored 19th-century mansion and bold 21st-century architecture. Once the home of the Dutch consul, the main building has been immaculately restored to reflect the elegant grandeur of the original. Some of the 42 spacious rooms blend contemporary interior design with original features, such as mosaic floors, tall wooden shutters, and ornate cornice, while others are fully 21st-century modern-minimalist chic (which some might find a little cold). The hotel's subterranean spa is small, but impressive, with a sauna, steam baths, and a small thermal pool whose roof is the glass bottom of a garden fountain. Los Patos Restaurant provides indoor and alfresco fine dining. The whole property has been declared a Cultural Heritage Site, and is surrounded by lush gardens with Arabian fountains. The AC Palacio de Santa Paula, Autograph Collection offers a quietly stylish and sophisticated getaway in Granada's historic district. With stunning grounds that include a 16th-century convent and 12th-century Moorish building, the 75-room luxury property has a well-regarded and romantic restaurant serving modern Andalusian cuisine, a chic bar with seating around a stone courtyard, and a small gym with a Turkish bath and sauna. Standard Rooms and Suites are in a five-story building facing the street, while Superior Rooms and Junior Suites are inside the 12th-century Casa Morisca and 16th-century Santa Paula Convent, which face two stone courtyards. All of the romantic, atmospheric rooms have dark wood furniture and floors, air-conditioning, flat-screen TVs, electric kettles, minibars, and beautifully tiled bathrooms. This 25-room boutique hotel occupies a beautiful 16th-century home on a narrow, cobblestone street. Its location near the heart of Granada is both quiet and convenient, and it's walking distance to the sights and to restaurants and bars (handy as there's no on-site dining beyond the breakfast buffet). Rooms are small but outfitted in elegant decor, and there’s free Wi-Fi, afternoon tea, and a pretty little courtyard. It's a truly beautiful and eclectic place to stay, but its lack of pool and restaurant may deter some potential guests. The 126-room Hotel Alhambra Palace merits the adjective “grand” -- the impressive building is more than a century old and housed a hospital during the Spanish Civil War. A hotel since 1942, this property is a short quarter-mile away from the Alhambra (the palace and fortress complex dating back to the 11th century) up a steep hill. The lobby has keyhole archways and geometric textiles based on Moorish patterns. Guests come for the charm of the place, not the modernity; while rooms have been updated, they aren't particularly stylish (though the tile work in bathrooms is lovely). Views of Granada from many vantage points, including the roof, are spectacular. A beautifully restored 19th-century mansion on a cobbled street, the 31-room Villa Oniria offers a stylish, upscale experience in the city center. This lovely property has rooftop and fireplace lounges, along with lush gardens, a full-service spa, and a chic restaurant serving gourmet Spanish cuisine. Rooms are modern and spacious with cozy couches, while suites have big terraces with Albaycin views. Some rooms are showing signs of wear and tear, and there's a fee to use the cramped gym, but Wi-Fi throughout is free. For travelers seeking an Andalusian villa experience with outdoor space and proximity to the sights, this is a solid pick. This 14-room historical boutique hotel delivers on beauty and charm. It’s housed in a lovingly restored 15th-century home, replete with archways, Moorish tiles, exposed bricks, and a courtyard with dazzling views of the Alhambra. Snug rooms are outfitted in antique, pretty decor and have minibars and free Wi-Fi. There’s no restaurant, but the bar is open 24 hours a day. The location in the mellow, beautiful Albayzin neighborhood makes it well-situated for exploring Granada. The historic Palacio de Santa Ines boutique hotel’s 35 rooms are divided between two 16th-century Mudéjar-style buildings. The inner courtyard is particularly fantastic: its filled with fruit trees, fountains, and frescos painted by two of Rafael’s disciples. The location in the Albayzin district, a few minutes from the Granada Cathedral, makes it convenient for exploring the city on foot (expect a 20-minute walk to Alhambra Fortress). Individually decorated rooms are comfortable and full of personality, though the historic buildings do show some age. Views of the Alhambra from the terrace and some rooms are stunning. Free breakfast and Wi-Fi are nice perks, but there's no on-site restaurant. Converted from a traditional Granada house dating back to Spain's Moorish period, the Carmen de la Alcubilla is quiet and relaxed, geared toward the culturally inclined traveler, with plenty of areas set up for reading or enjoying panoramic city views from the terraced gardens. The seven-room boutique hotel clings to the slopes surrounding the world-famous Alhambra castle, with unobstructed views of Granada's rooftops as well as the Sierra Nevada mountains. All rooms in the Carmen de la Alcubilla have stunning views. Some have private verandahs or exits to the terraced gardens. The hotel feels like someone's house -- laid-back and comfortable -- with furniture and art that have been in the owners' family for generations. The Santa Isabel la Real is a 10-room charming and unique historic hotel that attracts mostly couples looking for an intimate boutique experience. The property is a renovated 16th-century house centered around a pretty indoor courtyard. It's located about a 15-minute, hilly walk from the center of town, but a mini-bus stops right outside the hotel door to connect guests to the town center. Breakfast and Wi-Fi are included with the price of a room, though Wi-Fi can be spotty. Parking is available but there's a fee and reservations must be made in advance. Rooms are decorated with Andalusian details and bathrooms are decently sized, though some rooms don't include exterior windows. The 15-room El Ladron de Agua is a mid-range boutique with an artistic sensibility set in a 16th-century building. Located on a cobblestone street along the River Darro in the Albaicin district, this property hosts monthly art exhibits and has a beautiful central atrium with a soothing cistern. Moorish-inspired rooms have terracotta tiled floors and wood beam ceilings, and some have Alhambra views. Free sherry and olives are offered in the afternoon, and there's a cozy library stocked with travel books. However, some rooms have thin walls and views of concrete-walled buildings. Wi-Fi is free throughout. Gar Anat Hotel Boutique is a 15-room upper-middle-range property housed in a restored 17th-century palace on a cozy, cobblestone street in Granada's historic center. Individually decorated, literature-inspired rooms have elegant wood ceiling beams and flat-screen TVs, and are arranged around a columned central courtyard. Free tea and coffee are offered in a chic library with terracotta floors, and breakfast is available for a fee in the building's 16th-century vaulted cellar. Wi-Fi is free throughout the property, which forms part of the Square of the Pilgrims, and is a 20-minute walk from the famed Alhambra. The Carmen Hotel first opened its doors almost 40 years ago, which is very evident in its unattractive '70s facade. The plain exteriors belie the hotel's glitzy interiors in marble and gold. The glam gaudiness of the lobby area doesn't quite extend to the hotel's 222 rooms, which have clean contemporary lines, stylish furnishings, and dark-wood floors. All rooms are air-conditioned and have mini-fridges, free Wi-Fi, and 32-inch flat-screen TVs. Some rooms have balconies and jetted tubs. The hotel features a spacious rooftop terrace a bar, restaurant, pool, and wonderful views of the Alhambra and the surrounding city and Sierra Nevada Mountains. 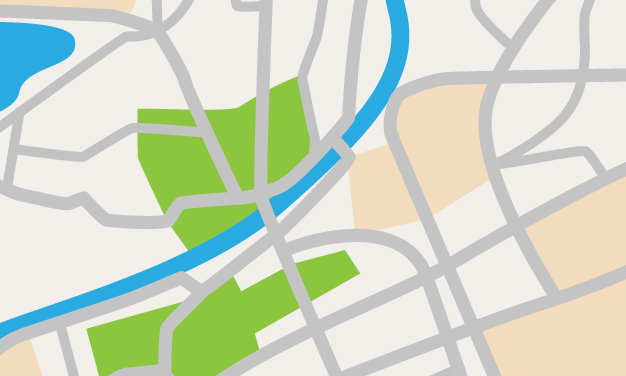