Whether you’re looking to break up the long, cold winter or simply think the sound of a weekend beach break is the ideal way to start the new year, a short Caribbean getaway should do the trick. Sure, a week in the sun seems ideal, but there are several destinations that are perfect for all those times you just need a quick fix. From Puerto Rico to Punta Cana, the Caribbean getaways that are best for a short break are the ones that will give you the most from your limited time. Below, we’ve factored in resort locations, quantity and quality of activities, and flight durations from New York City, Boston, and Washington, D.C. to bring you eight of the best Caribbean resorts for a short getaway.

While the flight to San Juan, Puerto Rico is not a hop on, hop off affair (it’s approximately four hours direct from New York City, Washington, D.C., and Boston), once you arrive, you’ll realize it’s worth the travel time. The vibrant city of San Juan has everything you need for four days of fun. San Juan Marriott Resort & Stellaris Casino, which happens to be about a 10-minute drive from the airport, has direct access to Condado Beach, several restaurants and bars, and a casino if you’re feeling lucky — which, let’s face it, you are because you’re in Puerto Rico. The resort has enough to explore (there’s a spa with sauna, a pool complex with swim-up bar, and more), but there’s plenty of culture to be found beyond it. The historic Old San Juan and its attractions are a short, 15-minute car ride away. While there, take in the pastel colors and colonial houses, sculptures, museums, and more.

When you only have a limited amount of time, staying in a place that has plenty of first-class amenities can be a dream. The all-inclusive Hard Rock Hotel & Casino in Punta Cana is one such spot. And after an approximately four-hour flight plus a 35-minute taxi ride to the resort, guests will appreciate having everything they need close by. With 1,790 rooms, 13 pools, multiple restaurants, 23 bars, an 18-hole golf course and mini-golf course, casino, a kids’ club, and not to mention, a spectacular beach, the resort gives you the option of staying on-site for the entire duration of your stay. As cliche as it sounds, there really is something for everyone here. However, if you do want to explore Punta Cana, a fun way to get around is by water taxi, which will pick you up from your resort and sail you along the coast. 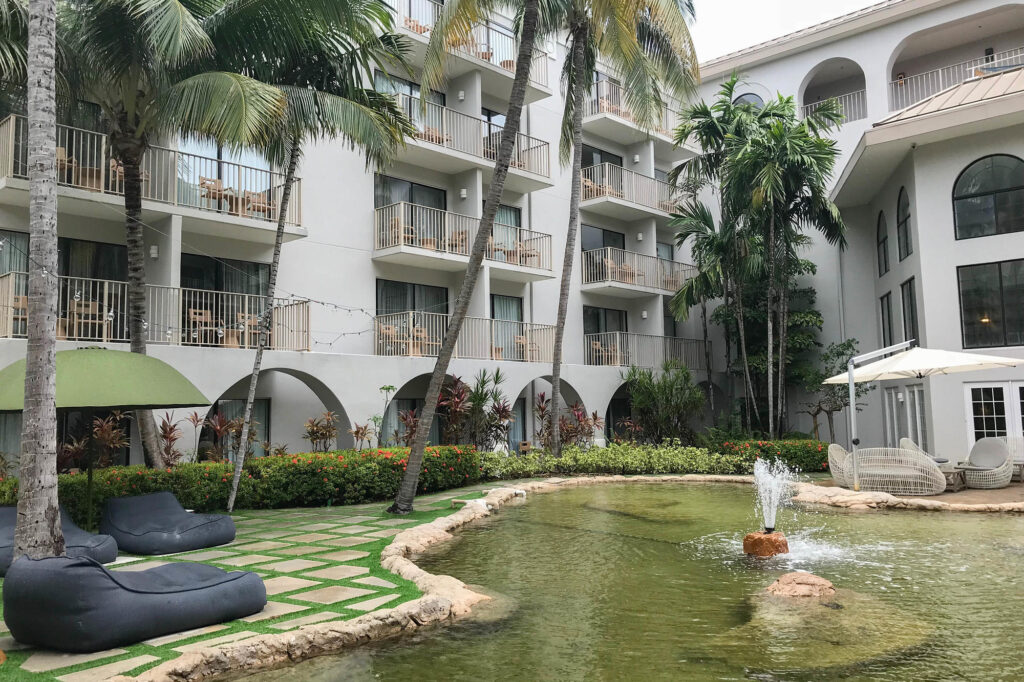 The 295-room Grand Cayman Marriott Beach may not be the flashiest hotel on Seven Mile Beach, but it’s a favorite among travelers. Why? With direct beach access, solid amenities, and a convenient location, it caters to both families with kids and couples. Rooms are comfy and have balconies, and other resort features include a well-sized pool, two restaurants serving international fare, a small spa, and fitness center. 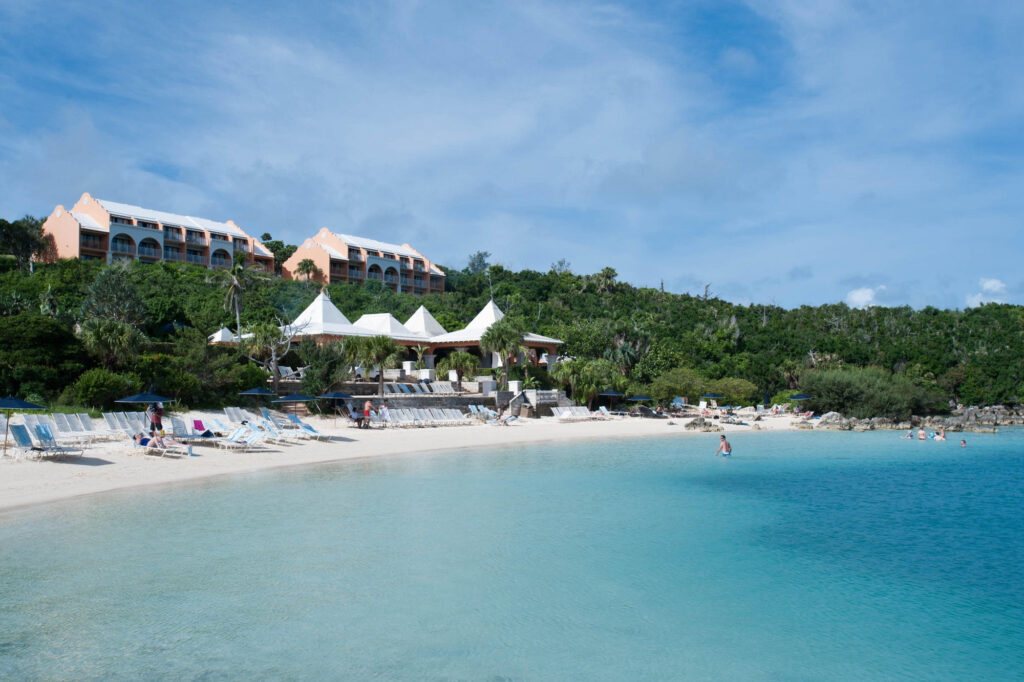 Sure, Bermuda is only an honorary or associate member of the Caribbean region (it’s a British Overseas Territory), but being so close to the U.S., this tropical destination can’t be overlooked. Plus, Bermuda has loads of history to go along with its tropical good looks. Calm and quiet, this vacation spot is more about poolside lounging than all-night partying. Recharge your batteries at the Grotto Bay Beach Resort & Spa, a family-friendly retreat that not only has a large beach with calm waters, but is also mere minutes from the airport. Excursions can be arranged from the hotel and the on-site dive shop offers kayak and snorkel gear rentals. And if your idea of fun means relaxing by the pool with a cocktail in hand, head to the swim-up bar at this bang-for-your-buck resort. 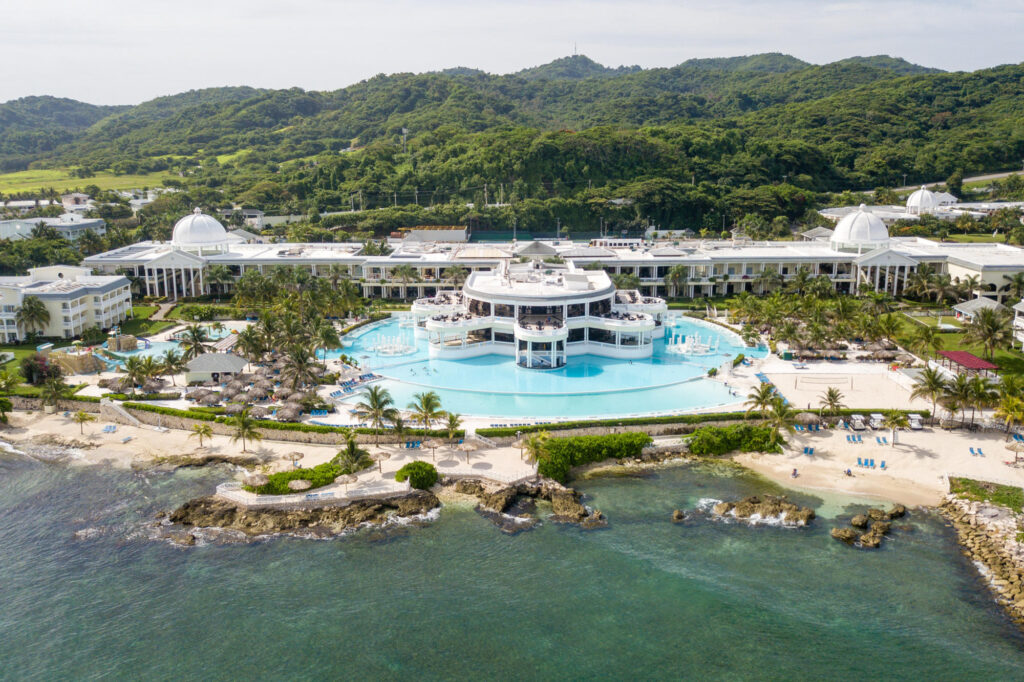 The Aerial Photography at the Grand Palladium Jamaica Resort & Spa/Oyster

6. The Sands at Grace Bay, Turks and Caicos 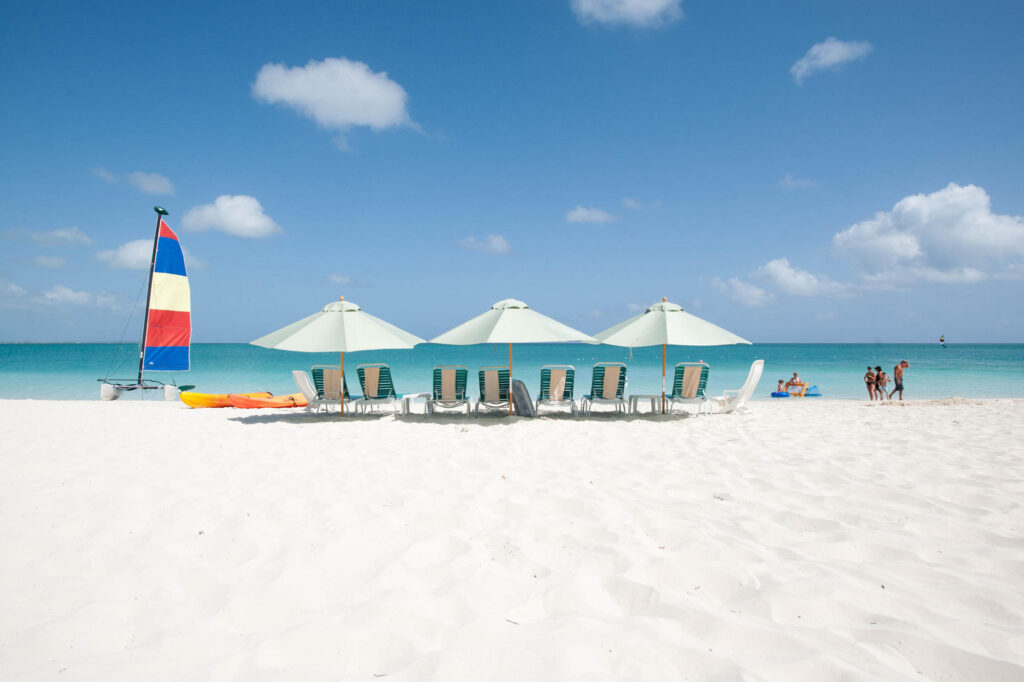 Beach at the Sands at Grace Bay/Oyster

One of the most affordable upscale resorts in the area, Sands at Grace Bay holds prime real estate on stunning Grace Bay Beach. The laid-back property has a respectable lineup of facilities, too, including three excellent pools, an above-average restaurant, and a small spa and fitness center. Meanwhile, the 114 studios and suits are well-maintained and modern, featuring kitchens or kitchenettes as well as spacious living areas.

Pricing for The Sands at Grace Bay

Combining a resort vacation with a city break, Havana offers two-for-one appeal. And it’s not just the lift on travel restrictions that will lure you to Havana, which is just 20 to 30 minutes from the airport. The historic sights and architecture of Old Havana are enough to fill a weekend, as are the beaches and nature hikes available in the iconic city. Stay at Melia Habana, an upscale resort with sea views and a huge pool that’s the largest of any hotel in the city. Combining resort relaxation and the city’s numerous pleasures is easy thanks to a shuttle bus that runs to Old Havana six times a day. Bonus: Katy Perry and Mick Jagger have both stayed at the Melia Habana — if celebrities are your thing. 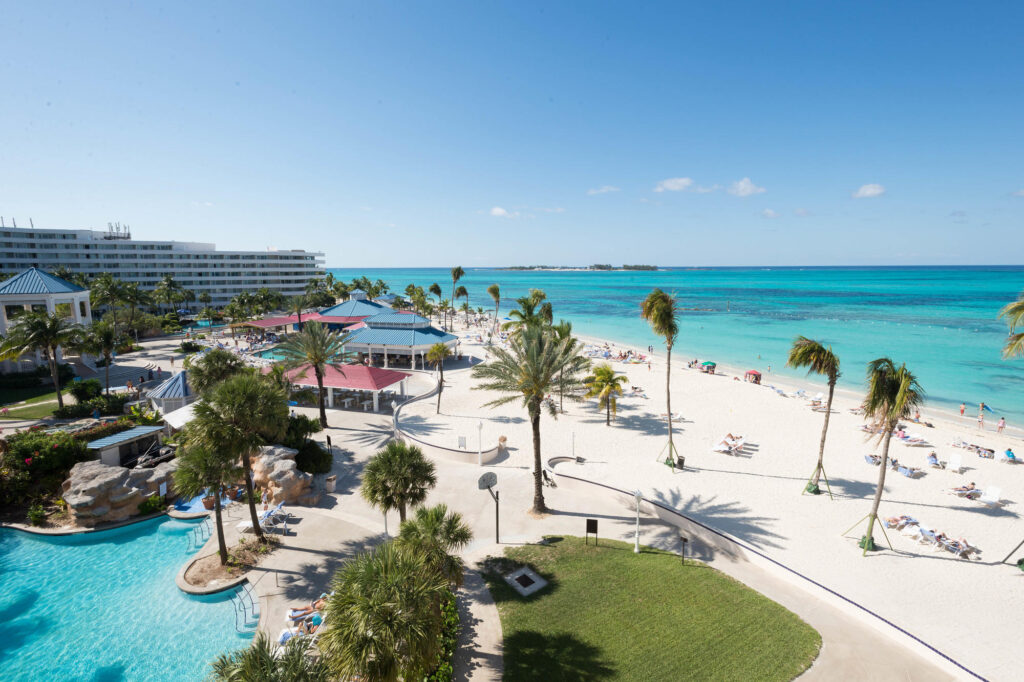 The Premium Oceanview Room at the Melia Nassau Beach Resort/Oyster

Located on beautiful Cabbage Beach, a 15-minute drive from the airport, the sprawling Melia Nassau Beach attracts a mix of families with kids, couples, retired folks, and young groups of friends. Although it’s not within walking distance of other attractions, the property does have three pools (one with a swim-up bar), six restaurants, daily activities, and entertainment. The rooms and suites are tastefully decorated, and have lovely views from balconies. It’s worth noting that there are some tradeoffs that come with a resort of this size — an impersonal feel and long waits for check-in, to be more specific.

What to Bring to the Caribbean: Supergoop! Sunscreen 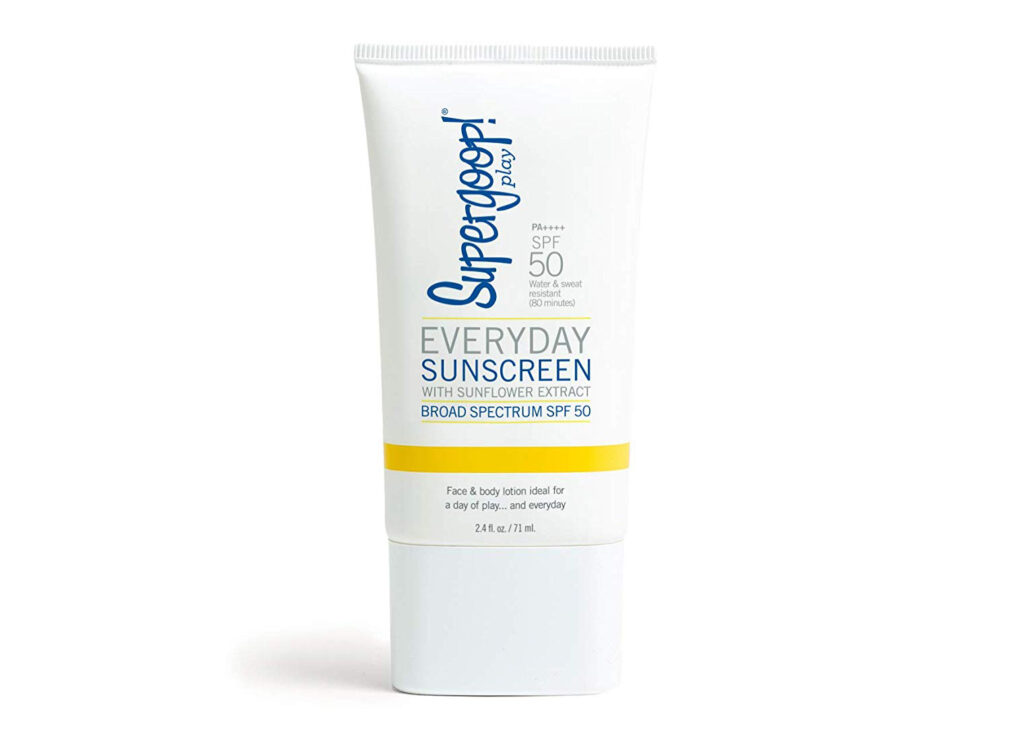 Ideal for everyday use in the Caribbean sun, Supergoop!‘s water resistant sunflower extract formula is a must-bring for your stay.